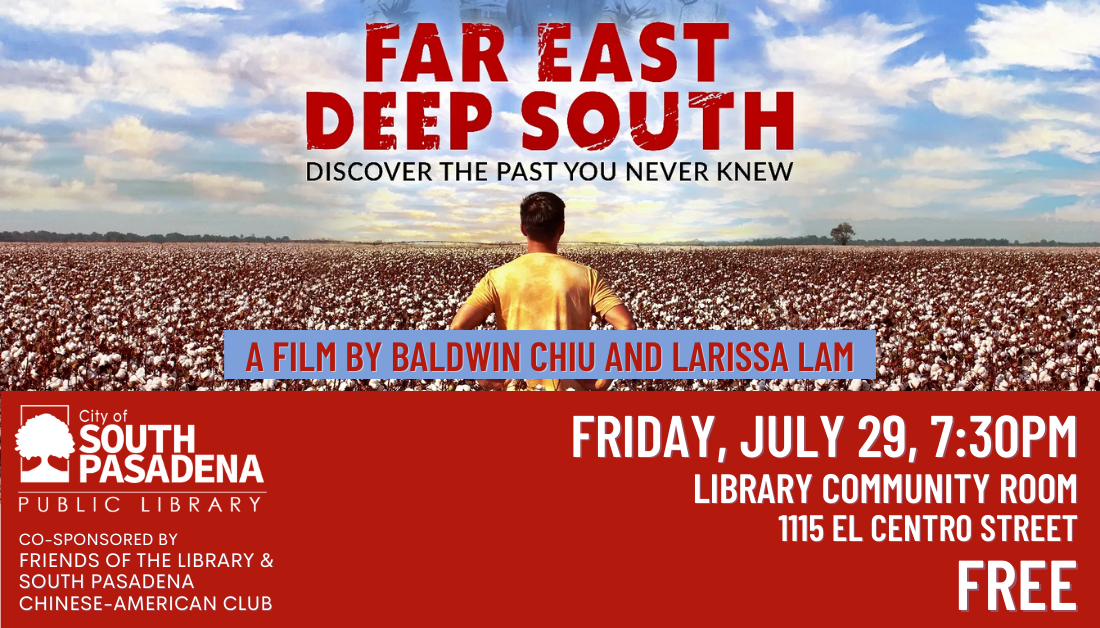 In partnership with the Friends of the South Pasadena Public Library and the South Pasadena Chinese-American Club (SPCC), the Library invites community members to a free screening of Far East Deep South at 7:30 p.m. on Friday, July 29, 2022 in the Library Community Room. A Q&A with Producer/Director Larissa Lam and Producer Baldwin Chiu will follow the screening.

Far East Deep South is an award-winning documentary about a Chinese-American family’s search for their roots that leads them from California to Mississippi, where they stumble upon stunning family revelations and uncover the racially complex history of the Chinese in the segregated South during the Chinese Exclusion era. Director Larissa Lam explains that “it wasn’t until after learning about Baldwin Chiu’s family in Mississippi, that I learned more about the important contributions of Chinese immigrants in the American South. I became a filmmaker so I could educate audiences about the role of the early Asians in American history seldom discussed in classrooms and media.” The South Pasadena Public Library is pleased to further Lam’s purpose by sharing this important film with the South Pasadena Community.

Join us Thursday, December 1 at the @southpasfarme

A stroll through South Pasadena on #smallbusinesss

Caroling, Caroling through the town, Christmas b

Wishing everyone a safe, fun, and joyful Thanksgiv

Thank you for joining us in celebrating @yulimdped